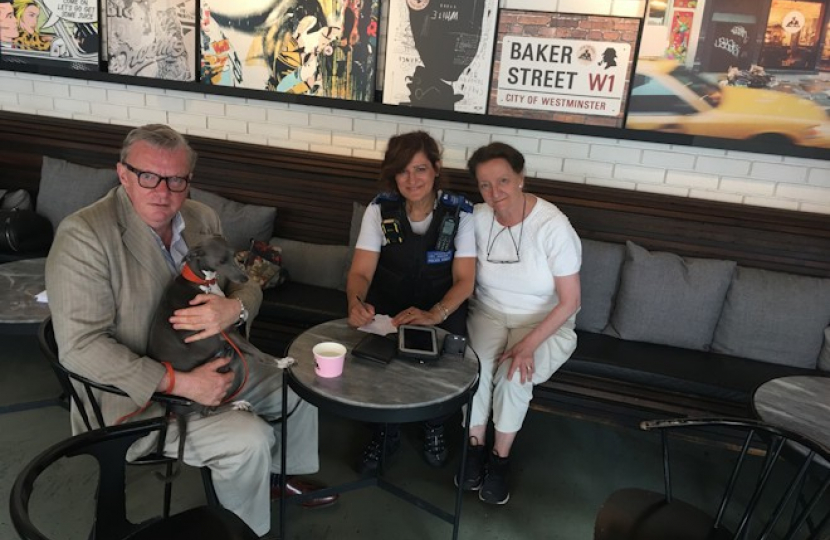 On Baker Street there have been serious cases of noise and anti-social behaviour by some groups of delivery riders. Threats have been made against residents and council officers. There have been reports of harassment of young women and girls, as well as drug use and dealing. Some delivery cycles are suspected of being adapted with electric motors, which may well be illegal and dangerous.

Your Conservative Councillors recently arranged a site visit with the Council's Head of Licensing, the Police, various members of the licencing enforcement team, parking, City Inspectors and The Baker Street Quarter.

Actions aiming to deal with these matters include:

• Working with local businesses and residents to obtain witness statements from anyone aware of issues around Chipotle and Joe the Juice. All evidence is very helpful.

• Hiring of Security, for instance at Chipotle.

• Your Councillors have objected to the extended Licensing hours to sell alcohol until 3 am at Al- Hamra, 66 Baker St, and Scharma, 123 Baker Street. We are concerned about badly managed shisha bars. Unfortunately, shisha is not a licensable activity.

• Ping, 50-52 Baker Street received permission for extended hours, but has since been closed down. The lessee broke in to the premises and began trading, the bailiffs went in and the building is now protected by security. This block is up for redevelopment.

• Working with Council Officers to engage with the food delivery companies such as Uber Eats and Deliveroo. Unfortunately, Deliveroo has shown a lack of interest in engaging with regards to problem riders driving dangerously or behaving badly.