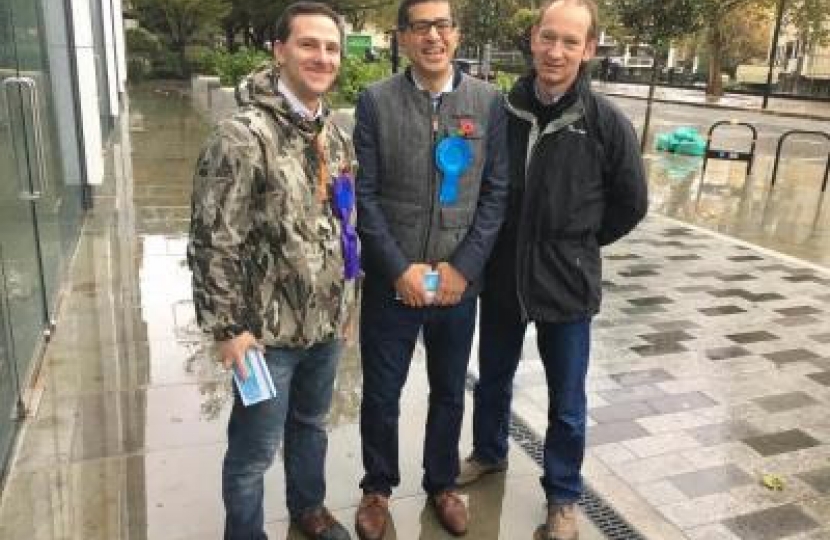 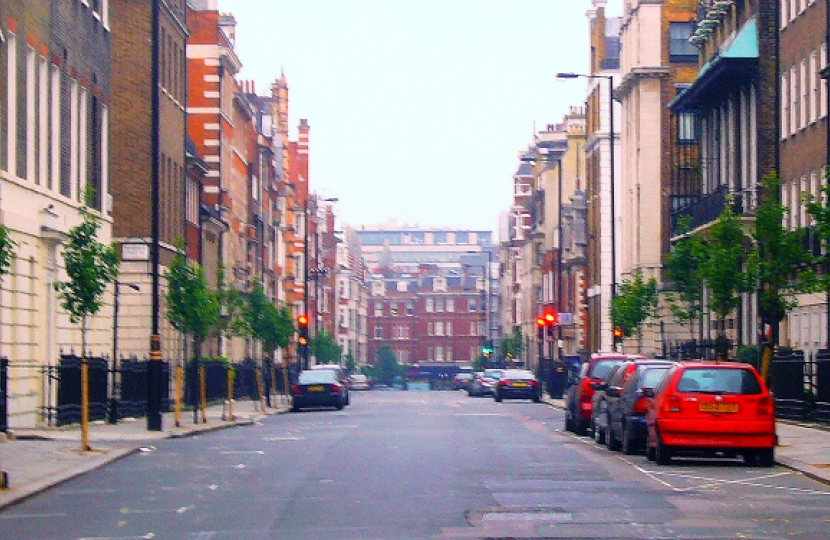 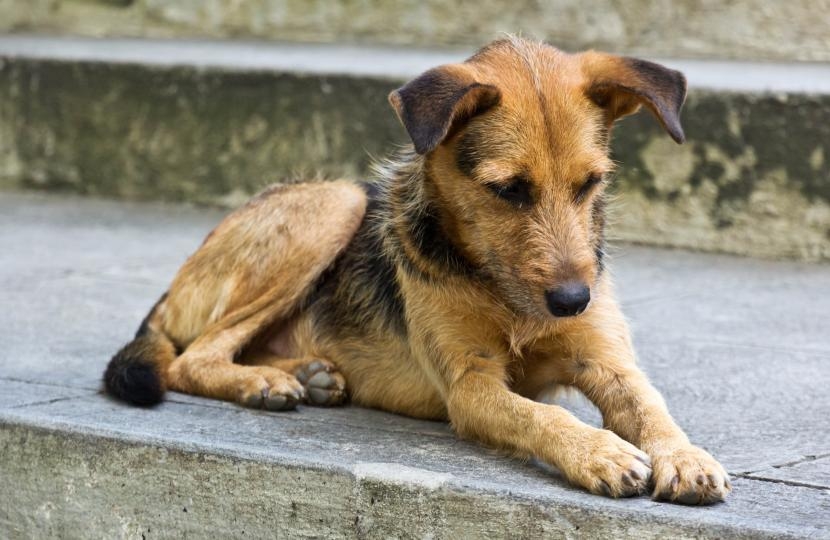 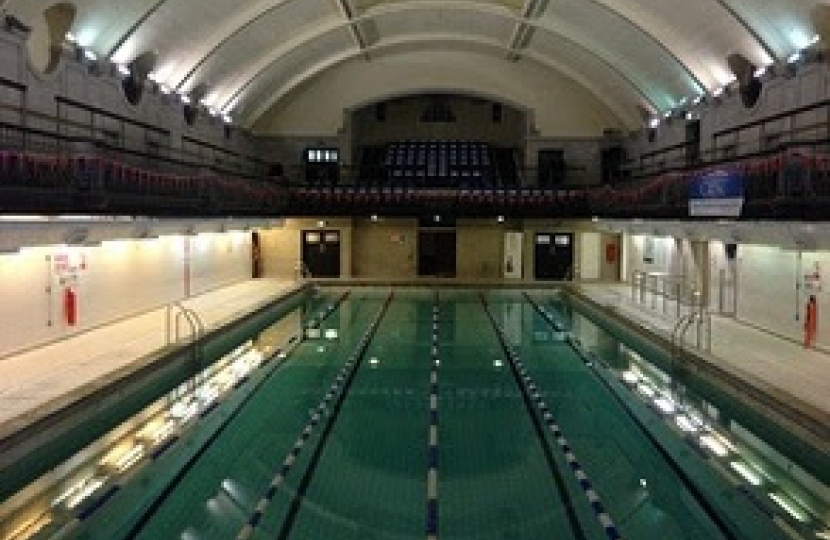 We're delighted that the open area outside the Colonnades has been completed. The space is looking a lot greener, open and welcoming. We had a number of queries from residents about the trees and it's great to see the new trees in place after a long period of building work to improve the street and the Waitrose.

Don't be alone this Christmas

If you’re alone this Christmas, you’re invited to spend Christmas Day amid the stunning surroundings of Porchester Hall in Bayswater for a three-course meal and entertainment.

As a guest of Everyone Active Events, the council’s leisure centre contractors, you will enjoy a home-cooked meal followed by classic films and Christmas carols.

There are up to 450 spaces with priority being given to people aged 65 or unpaid carers who live in Westminster.

To register, email porchesterhallevents@everyoneactive.com or call 020 7313 3850.

The event will be hosted by Everyone Active Events, a partner organisation of the council’s leisure centre contractors. It is sponsored by Waitrose, Wishes Caterers and Perception Live events, and will be staffed by volunteers from local churches and other community organisations.

If you would like to volunteer at this event, for all or part of the time, please email porchesterhallevents@everyoneactive.com or call 020 7313 3850.

Our Basement Enforcement Officer, Aidan Marshall continues to work to ensure basement work is carried out in a way that protects residents. He work is funded by your ward councilors through the ward budget. Two particular schemes have been highlighted in recent months to us:

Warning letters have been sent about unauthorised alarm boxes, screens and the boundary setup. We are awaiting a determination from the planning department on these.

Aidan visted the site on 25 November following complaints about works outside of hours and trucks blocking the road. A warning letter was sent as well and following the visit no futher complaints have been received. He is now visiting the site weekly to ensure compliance is maintained.

Early morning lights at the Cock and Bottle

We received complaints about the light pollution from the Cock and Bottle pub early in the morning. Following an email exchange the General Manager of the Pub has promised to ensure that external lighting is only switched on during the pub opening hours.

The Bayswater City Inspector is John Moorhead. He has ensured a number of actions have been taken over the last few months.

The local neighbourhood police team raised concerns about rough sleepers waste in Gloucester Terrace on the junction with Ranelagh. The items were cleaned up promptly, working in conjunction with City West Homes, who manage the land.

Following multiple complaints from local residents and business about dog mess in Alexander Street, a new dog bin has been successfully installed. Following an investigation by John, we learned that dog owners were placing their poo bags into private waste bins outside residential properties.

John Moorhead contacted Westminster’s waste and recycling department and requested a bin, as this street is a frequent route for dog walkers due to the local veterinary surgery. The request was granted and a bin has been placed at the location.

We want to thank John for his work on this. We’ve seen a reduction in dog fouling and bags being left on the street and being placed in residential bins.

An abandoned vehicle was causing an obstruction to drivers on Westbourne Park Villas. The owner was contacted and has been removed by the owner.

We’ve had multiple reports of graffiti on walls along Westbourne Park Passage. John has ensured the Anti-Graffiti and Flyposting Unit were contacted and cleaned the walls promptly.

The number of trees planted by Conservative-run Westminster Council is up by more than a third in a decade, helping to make our city greener every year.
Over the last three years an annual average of 200 extra trees have been planted, going well beyond just replacing the 40 or so which die or have to be taken down for safety reasons. Councillor Heather Acton, Cabinet Member for Sustainability and Parking said: “Westminster Conservatives know that trees are vital to our city and help contribute to the physical and mental health of our residents and visitors. As well as this, they help to reduce on-street flooding.”

Under London’s previous Conservative Mayor, Boris Johnson, Westminster received assistance with its tree planting programme. Labour Mayor, Sadiq Khan, by contrast, does not plan to keep his promise to plant 2 million trees by 2020, having reduced the commitment to a 5% increase by 2025.

Trees on urban streets provide shade in hot weather and contribute to better air quality. They improve the beauty and liveability of our neighbourhoods. Research shows people prefer to live in areas with more trees and greenery and are prepared to pay more to do so.

Westminster now has 9,000 trees on its streets, from the magnificent planes of The Mall to smaller fruit trees and dogwoods in residential areas and the Council continues to plant more.

For the fourth year running Westminster has won the Gold Stray Dog Footprint Award from the Royal Society for Prevention of Cruelty to Animals (RSPCA).

This award recognises councils for professionalism and excellence in providing good customer service that enhances animal welfare. The council also received a bronze award for its work promoting responsible pet ownership on its estates.

Councillor Jacqui Wilkinson, Westminster City Council's Animal Welfare Champion, said: "The awards are well-deserved. I am delighted that the work of our dedicated animal wardens has been recognised by the RSPCA.

“Westminster City Council is committed to promoting responsible pet ownership and works closely with local and national animal charities. We are currently arranging free microchipping events which I know will prove popular with our residents. It’s all a part of our efforts to create a greener and safer city for all.”

Animal wardens regularly deal with stray or lost dogs, complaints about other people's dogs, barking, fouling and other nuisances in Westminster. To contact them, go to www.westminster.gov.uk/animal-warden-service. The service is open Monday to Friday from 8 am to 5pm. Animal cruelty should be reported to the RSPCA.

Westminster’s sports centres are benefitting from a £9 million investment thanks to an innovative contract. The Queen Mother Sports Centre in Pimlico will receive £1.6 million to refurbish the spa, add a new yoga studio in addition to the recently refurbished changing rooms already delivered. Funds will also go towards a new entrance and a refurbished state-of-the-art gym, with work starting in December.

Cllr David Harvey, Cabinet Member for Sports and Leisure, said: “Investing in the future of sport and leisure centres across Westminster will help to more people to keep healthy and active. More people than ever before are taking part in physical activity and it’s vital we offer the facilities and opportunities they need.”

A consultation on a plan for the upper Vauxhall Bridge Road area, which includes the Queen Mother Sport’s Centre, is currently taking place. This work aims to ensure that future developments in the area involve local people and are in keeping with the character of the area.

Councillor David Harvey said: “Despite what the Labour Party have been trying to insinuate, we are committed to retaining and improving the much loved and popular Queen Mother Sports Centre, which will remain at the heart of the area and any future developments.”

Bayswater is on the western edge of the City of Westminster. It is bordered to the north by Wesbourne, Lancaster Gate to the south and Hyde Park to the east. The Royal Borough of Kensington & Chelsea borders Bayswater to the west.