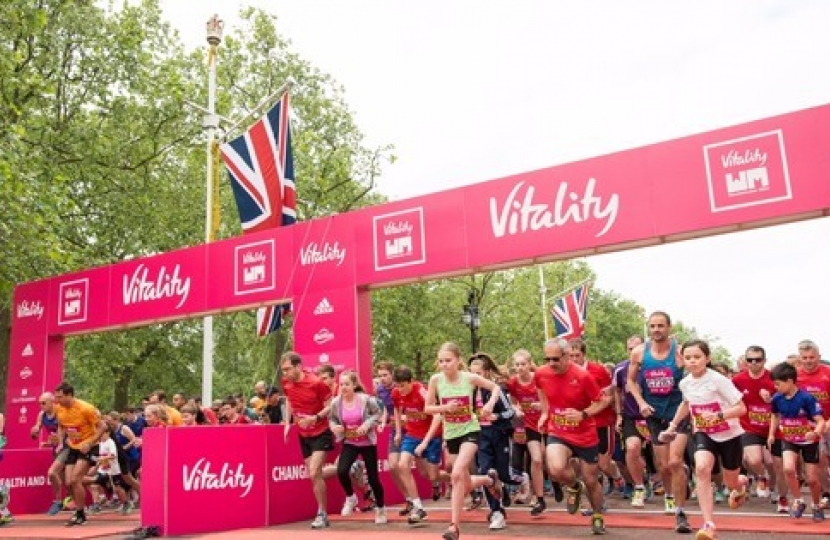 “I will focus on three new priorities in the coming year. We will put civic leadership and responsibility at the heart of all we do, promote opportunity and fairness across Westminster and set the standards for a world class city, all underpinned by an open, working collaboration between our residents, businesses and partners. It will be up to each and every one of us to get involved, in whatever way people are able, and contribute to Westminster’s continued success.”

One of Nickie’s first tasks was to decide on her new cabinet. Cllrs Christabel Flight and Jacqui Wilkinson received new roles. They were appointed as Deputy Cabinet Members for Adult Social Services & Public Health and Environment, Sports & Community respectively.

Christabel continues as the Older People’s Champion and she has returned to her role as Deputy of the Adult Social Services, which now includes Public Health. In the latter role, she has been organising a meeting with Westminster’s Primary School Head teachers to address the very serious problem of children’s teeth. From the 2014-15 figures, we know that unfortunately there were 179,000+ teeth extracted from 0-9 year olds. There were 26,000 hospital admissions due to tooth decay and 36% of children did not see an NHS dentist, despite NICE guidance on yearly visits. The average five year old consumes their own weight in sugar each year. Tooth decay is 90% preventable through reducing sugar consumption, regular brushing, frequent exposure to fluoride and routine visits to the dentist.

Jacqui’s retains her previous responsibilities for waste and recycling with the addition of environmental issues including air quality, open spaces, sports and leisure, community activities and volunteering.

After months of lobbying by Cllr Nickie Aiken, in her previous role as Cabinet member for Public Policy and Protection, the Home Office agreed in January to designate the psychoactive drug ‘Spice’ as Class B under the Misuse of Drugs Act.

We have found that there are a large number of rough sleepers and beggars who have been smoking Spice which is a synthetic cannabinoid. Many of the users do not understand the serious and detrimental effects caused by this new drug. Hardened heroin and crack users have highlighted the suffering they have experienced after taking Spice, including severe hallucinations, seizures and violent episodes. Sadly, we have also experienced a number of deaths amongst our street population over recent months, which have been attributed to consuming this dangerous drug.

Cllr Nickie Aiken stated that “Conservative Councillors in Westminster launched a multi-pronged campaign highlighting the dangers of the drug amongst the street population and those living in our hostels. Concerned for the welfare of those who are considered the most vulnerable in our society, we brought together experts in homelessness, drug addiction as well as the police and National Crime Agency to find workable solutions. One strand was to lobby the Home Secretary to reclassify the drug to allow the police to seize it from those possessing it, which could lead to their harm. However, it is very important to make it clear that this move is not about demonizing or arresting vulnerable people but rather to ensure the safety and well-being of them and others by seizing this extremely dangerous drug.”

Nine Elms Bridge: "The biggest threat to Pimlico in decades"

Cllr Nickie Aiken has reacted swiftly to news that Wandsworth Council had appointed Bystrup, a Danish architecture and design practice to work on the proposed Nine Elms Bridge. She explained “Over the years, our Pimlico residents and councillors have worked together to retain, protect and build the wonderful community we have today. We in Westminster City Council have been fighting this bridge proposal since 2012, strongly supporting the people of Pimlico”.

Residents in Warwick Square are continuing to suffer from noise and vibrations from the Victoria underground line. This has been an on-going problem which is continuing to cause great distress. At a meeting last year between Transport for London and residents, organised by Greater London Assembly Member Tony Devenish, there was hope that the problem could be solved or greatly reduced by increased grinding of the rails and the fixing rubber buffers on the tracks. Tony has welcomed all the complaints he has received as this helps him to keep up the pressure on TfL to find a lasting solution. This is his top priority and he is pushing TfL for an urgent meeting where hopefully we can get answers. Tony can be contacted directly at here or via your Warwick Ward councillors.

Did you know that leaving an engine running unnecessarily while a vehicle is stationary has an impact on pollution, noise and health. This is known as “idling”. Westminster CC has its Parking Marshals out on the streets talking to drivers about the impact of idling. From Monday 6 February 2017, if a driver is asked to turn their engine off by a Marshal and refuses they could be issued with an £80 Penalty Charge Notice.

Works are progressing quite well on both bridges and remains largely on programme. The contractors are currently approaching all stakeholders in relation to the final surfacing works, due to take place on the weekend of the 16th – 20th and the 24th – 27th March. This has meant an acceleration of the works on Eccleston bridge, bringing the surfacing date forward by some 2 weeks. This enables the contractors to programme their works and lane restrictions around other works scheduled, but most importantly, allows them to minimise the traffic management on the carriageway over the Easter Holiday

Cllr Wilkinson has been advised that the final surfacing works are likely to have some impact on the local community. She is therefore arranging to meet with the team on site to discuss the works with a view to ensuring that disturbance and inconvenience is minimised as much as possible

Pimlico Neighbourhood Forum: Have your say on our area

Do you ever wonder what it would be like to run up the Mall with Buckingham Palace in the background perhaps having completed the London Marathon? For many of us that is just a dream. But it can come true by taking part in the “Westminster Mile”.

The Westminster Mile was launched by London Marathon Events in partnership with Westminster City Council in 2013 as a legacy event from the 2012 Olympic Games. With races for all ages and abilities, including families, adults and veterans, juniors, elite athletes and wheelchair users, the event has now established itself as the UK’s premier festival of road mile running.

The inaugural race in May 2013 saw nearly 2000 finishers, including Paralympic gold-medal winner David Weir, cover the iconic one-mile course, which starts on The Mall, goes around three sides of St James’s Park and finishes in front of Buckingham Palace. Last year there were over 5000 finishers and this year you could join them.

Applications are now open for the event which will be taking place on Sunday 28th May. Cllrs Nickie Aiken and Christabel Flight have both taken part and this time Cllr Jacqui Wilkinson will be running for the first time. You can find out more and enter here.