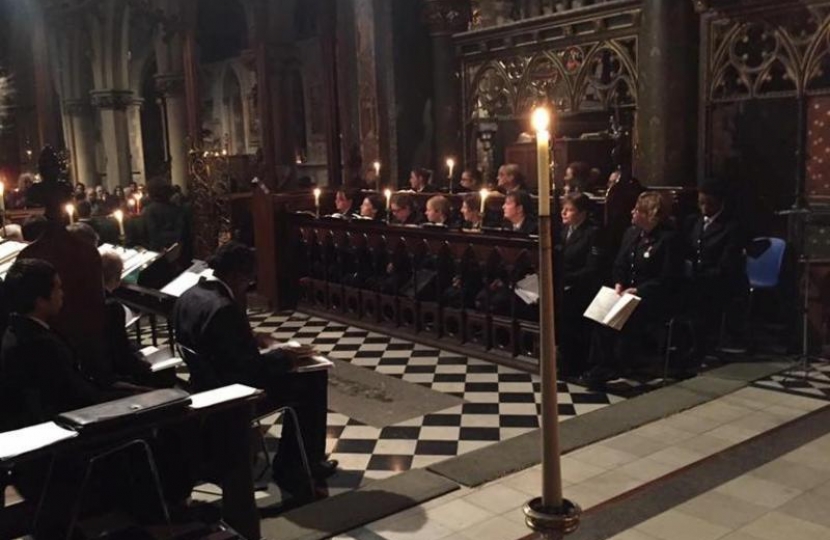 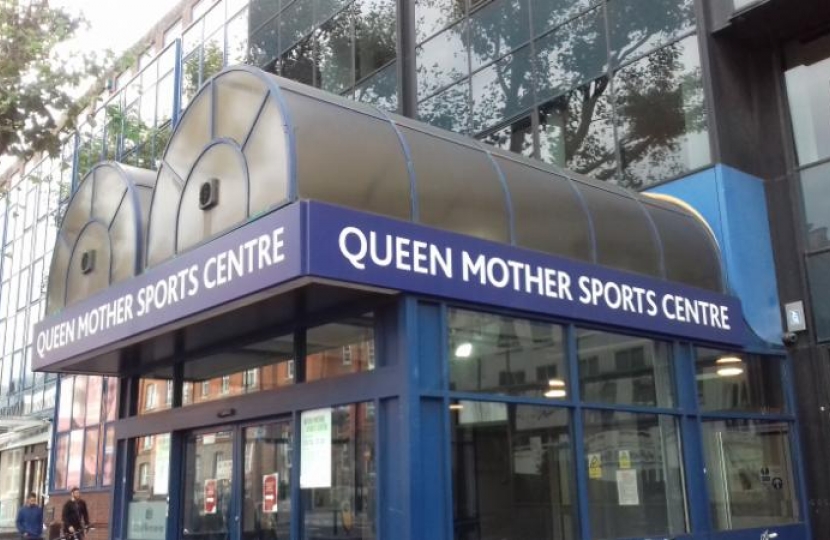 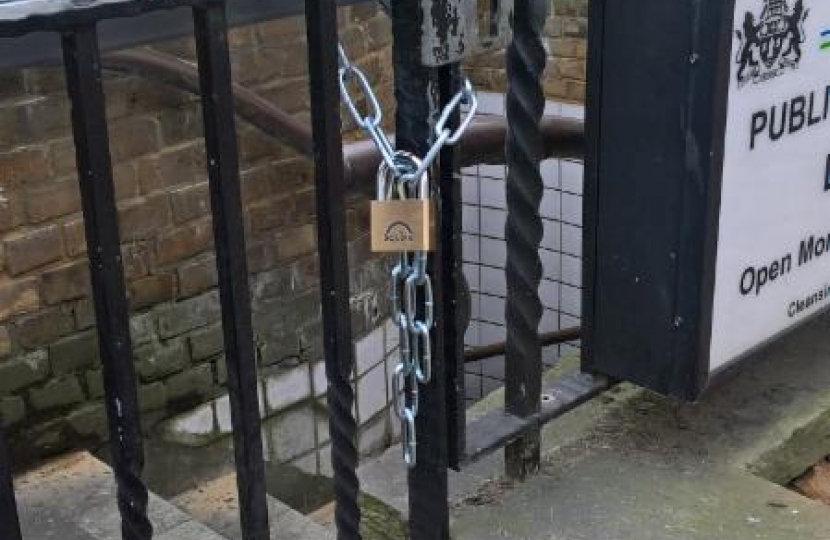 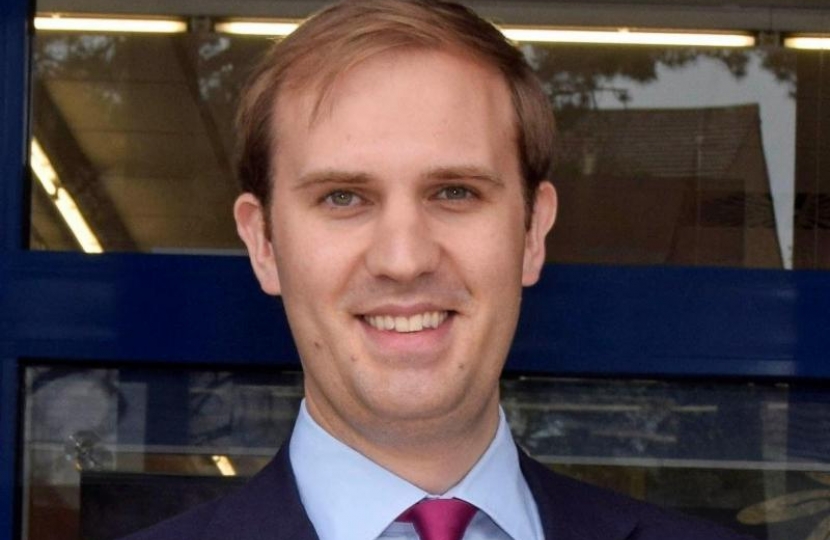 Churchill Ward Conservatives have been receiving complaints about the rubbish being left in Orange Square by rough sleepers and drug users. A focal point for this anti-social behaviour has been the closed underground toilets in the centre of the Square. Although the toilets have been locked for some time, the stairwell was still accessible and a draw for anti-social behaviour. Churchill Ward Conservatives had been lobbying Westminster City Council to block off the stairwell and prevent any access, which would bring these toilets in line with others that are closed across Westminster. We are pleased to report that as a result of our lobbying, Westminster City Council blocked off access to the stairwell a few days before Christmas. Councillor Jacqui Wilkinson, Deputy Cabinet Member for Environment, Sports and Community, said: "This is yet another example of successful lobbying by Churchill Ward Conservatives."

Churchill Ward Conservatives have been contacted by local people regarding Westminster City Council’s recently published Cabinet Member Report about the proposal to create a pedestrian ‘garden bridge’ spanning from Temple Underground Station on the north side of the Thames to a point in-between Waterloo and Blackfriars bridges on the south. This project is being led by the Garden Bridge Trust as private applicants to both WCC and Lambeth Borough Council for planning permission to construct the bridge at both of these locations. The WCC Cabinet Member’s Report puts in motion a number of property transactions in order to facilitate the future construction of the Bridge.

In response to the concerns raised by local people, Councillor Aiken, as Leader-Elect, said: “I am supporting a request for a ‘call-in’ of the Report by the Policy and Scrutiny Chairmen to examine the technical details contained within the report, to ensure that local people's views have been fully considered and as far as possible addressed. The deliverability of the project as a whole and any indications of support provided by other public bodies are not within the City Council’s gift to examine or comment on.”

On the Monday before Christmas, Warwick Ward Councillors Aiken and Flight delivered Christmas Hampers to the elderly in Westminster, including Churchill Ward. The hampers had been provided by the Sir Simon Milton Foundation which supports isolated older people in the City. Councillor Flight said “Christmas is a wonderful time of year but it can be difficult for older people who may be on their own or unwell. It was lovely meeting our older residents and seeing their delight in receiving these hampers.”

Churchill Ward Conservatives and local people had a surprise when they arrived at St Barnabas Church for the Westminster South Safer Neighbourhood Met Police Carol Service on 14th December. Welcoming them were two beautiful police horses who seemed to be relishing all the pats and strokes they were receiving by those going into the church. The delightful choir from St Barnabas School enchanted everybody present and the Police Choir led the communal singing. The evening was concluded with a spread of Christmas goodies donated by local businesses.

From Pimlico to Parliament

James Berry MP, former Churchill Ward Conservative, will be sharing his experiences of moving from Pimlico to Parliament when he was elected to represent Kingston and Surbiton in May 2015. James will be speaking at an event on Monday 20th February at 90 Ebury Street, London SWIW 9QR. Further information can be found at www.twociti.es/events

Did You Manage to Answer All the Questions in our Fun Christmas Quiz About Churchill Ward?

1.    What was on the site of the Victoria Coach Station until the late 1700s?
Ebury Farm, which had been owned by the Grosvenor family since 1676.

2.    Where is “The boy with the fiddle”?
In Orange Square, there is a bronze statue of Mozart as a boy. It was commissioned to commemorate the bicentenary of the composer’s death. Mozart is depicted as he looked when he lived with his family at 180 Ebury Street and wrote his first symphony in 1764.

3.    Where did Jerome K Jerome write “Three Men in a Boat”?
Flat 104 Chelsea Gardens, Chelsea Bridge Road. There is a ‘Blue Plaque’ commemorating the event.

4.    Where is the former Western Pumping Station built in 1875?
On Grosvenor Road close to the Grosvenor Rail and Chelsea Road Bridges.

5.    Where is the memorial to Richard 2nd Marquess of Westminster?
Outside Fountain Court.

6.    Where is the last remnant of the Grosvenor Canal?
Where Grosvenor Waterside Development joins Grosvenor Road.

7.    What is the origin of Turpentine Lane?
The Engineer John Rennie’s White Lead works were built beside the track to the river that gave Turpentine Lane its name.

8.     Where was Albert Scriver on 24th July 1951?
As Mayor of Westminster, he was opening Churchill Gardens. There is a plaque commemorating the event.

10. These Victorian houses were built on the old rectory gardens of the long-gone All Saints Church. Where are they?
Grosvenor Road adjacent to the William IV pub. 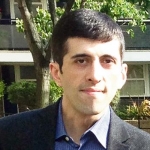