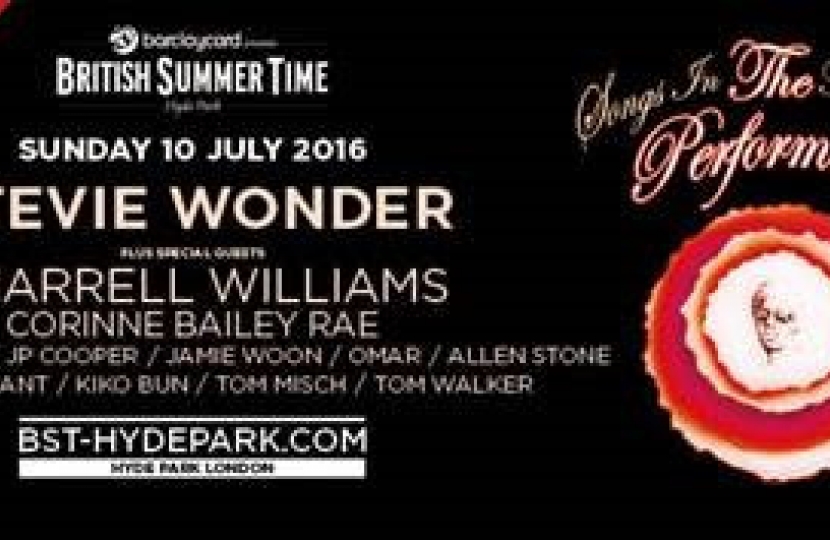 Your councillors are set for a site tour of the Hyde Park concert venue in September ahead of the BBC Proms in the Park and Radio 2 Live event. It's part of WCC's continuous engagement with the promoters of the concerts in the park, to ensure noise stays within the decibel limit and litter and crowd movements are managed with as little impact as possible on residents (and park wildlife, including bats!) After the BST festival ended on July 10 with a 65,000 crowd enjoying Stevie Wonder's Songs in the Key of Life, we as ward councillors received no complaints.
​
The Royal Parks' need to generate income to replace government grants is not likely to change any time soon. At least under the current arrangements the Parks receive more of the upside from the events that take place there. We'll be keeping a careful eye on the build arrangements, footprint and security planning for Winter Wonderland to make sure lorry parking periods, litter and crime are minimised.