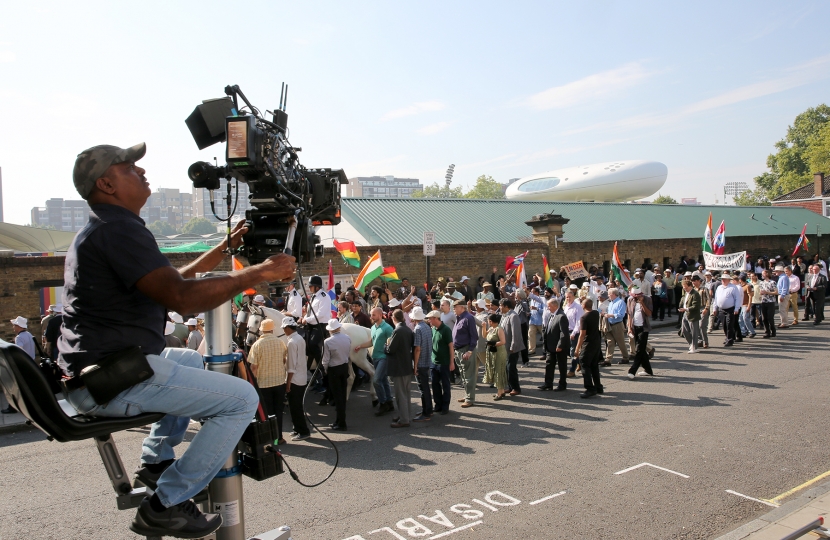 On Sunday 25th August the cameras came to NW8 for the filming of a feature film called ‘83’ which tells the story of how India won the Cricket World Cup at Lord’s in 1983.

A scene was filmed on Wellington Place, recreating the well-known event when fans gathered at the gate hoping to see the match. Wellington Place was closed for several hours as extras gathered on the street outside Lord’s to recreate this scene. As Cllr Swaddle said "filming within a residential area is not something we would encourage but this was a memorable match and clearly this film will capture the spirit of the occasion. Your local councillors liaised with Marylebone Cricket Club (Lord’s), the Film Company and officers to minimise the disruption to local people and the Wellington Hospital."