Although major works to Westminster’s housing stock has now had to be paused, works were completed to Fleming Court prior to the lockdown. A new door entry system as well as security gate have been installed. This was a key project that was strongly lobbied for by your local councillors and we are delighted that residents of Fleming Court now live in a safer and more secure environment.

Although rejected by Westminster City Council's planning committee for its height and bulk, following representations by your local Little Venice councillors, Sadiq Khan, the Mayor of London, has "called in" the application for 5 Kingdom Street and will now be making the final decision on this development.

Although outside the ward, the building will have a dramatic effect on some of the views on the ward, including from Browning’s Pool and Warrington Crescent. If you wish to comment on the application, e-mail the Mayor quoting GLA reference 4925. More information here. 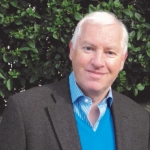