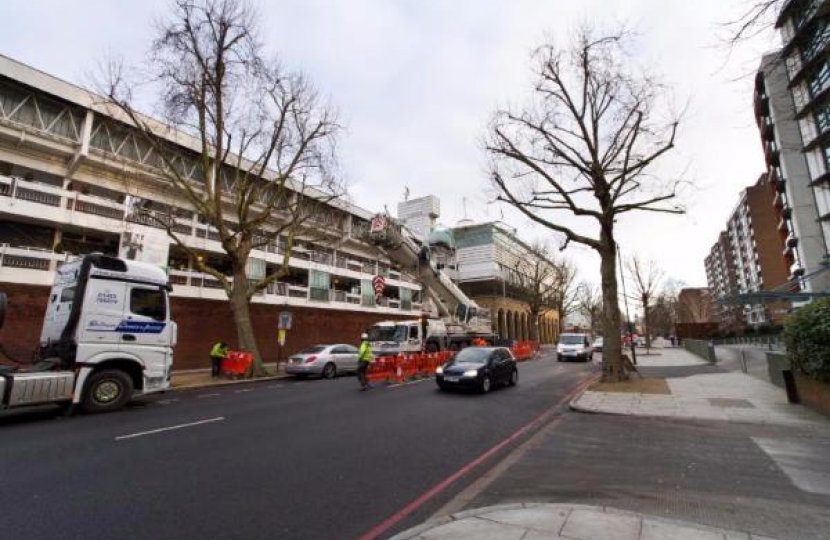 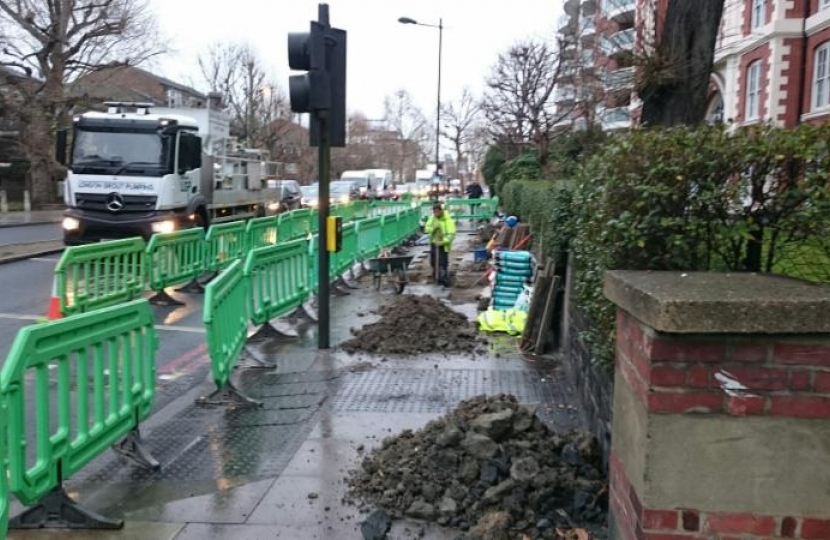 In January your local Conservative Councillors responded to an appeal for help by the MCC for the replacement of the Lord’s Scorers’ Box. Originally scheduled to be removed in December this floundered owing to the truck carrying the massive crane breaking down. A second attempt was needed requiring the partial closure of St John’s Wood Road and the suspension of parking bays on a Saturday morning.

Your Councillors were sensitive to the potential knock on affect this could have to residents and visitors. We liaised with TfL who manage St John’s Wood Road and Council Officers to ensure there was joined up thinking and the minimum of disruption. Contact was also made with the Liberal Jewish Synagogue and various residential blocks to pre-warn them of this activity and given the parking restrictions imposed we secured additional parking within Lord’s for visitors to the Synagogue.

As Robert Ebdon MCC Assistant Secretary (Estates) said ‘we were grateful for the help provided by Cllr Rigby, Westminster Council and TfL who ensured a smooth operational project was achieved with minimum disruption’. The Scorers' Box was eventually craned into position in the 11th March in good time for the start of the 2017 cricket season.

Back in July last year we wrote about fly tipping and dumping of waste as being anti social and unacceptable. Although the majority of residents and businesses dispose of their rubbish responsibly there are a minority who simply don’t and this does cause concern for residents. Your local Councillors have been lobbying for tougher sanctions and we are pleased to say these have now been introduced. The increase in fines mean:

1. Household waste increases to £200 for the first offence, rising to £400 for the second, followed by prosecution

2. And for trade or business waste, a £400 fine followed by prosecution for subsequent offences.

The council continues to offer bulk waste collection services for residents but if you need to report any dumped item then please either contact us or call the Westminster environmental action line 020 7641 2000 or emailing https://westminster-forms.cloudoko.com/Form/Index/3b3a9b26-5c16-4acb-a9b8-7e93f85d6d6d

Working with TfL to resolve a block drain

Your Regent’s Park Councillors continue to engage with TfL to resolve the blocked drain issue at the junction of St John’s Wood Road and Grove End Road. Given St John’s Wood Road is TfL managed we have to rely on them to solve this on-going problem. On-site investigations and CCTV surveys found the gully was blocked by plastic debris and concrete. Despite it being cleared last summer and repairs being made the issue of water pooling remained. Last month further works and repairs took place and we are hoping these will have solved this issue. If you know of any other gully’s which overflow during heavy rainfall within the ward and need attention then do get in contact.

Councillor Richard Holloway, Cabinet Member for Children, Families and Young People said: "It is encouraging to see our schools playing such a leading role and helping young people in Westminster to reach their potential.

The flat, in Gloucester Terrace, was found by Westminster Council inspectors to have flaws including no mains-connected fire alarm, a lack of fire-proofing in the lobby, an outdated fuse box and no fixed heating. Under the new Criminal Behavior Order the landlord is prohibited from managing any property in Westminster or Haringery - where she also owns property – for a decade.

​Councillor Antonia Cox, Hyde Park Ward Councillor and Westminster’s cabinet member for public protection and licensing, said: “This sends a clear message to all landlords that they have responsibilities to their tenants and that bad practice will not be tolerated in Westminster.” The restrictions imposed on Ms Goremsandu are the first time a Criminal Behaviour Order has been issued against a housing offender in London, and only the second such case in Britain, since legislation allowing their use was passed in 2014. She was also fined £3,500 and told to pay £7,645 costs after her conviction.