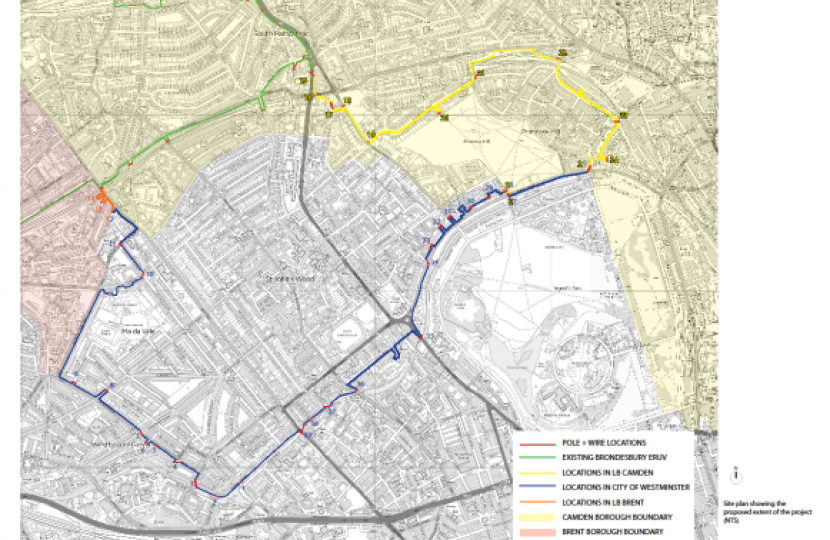 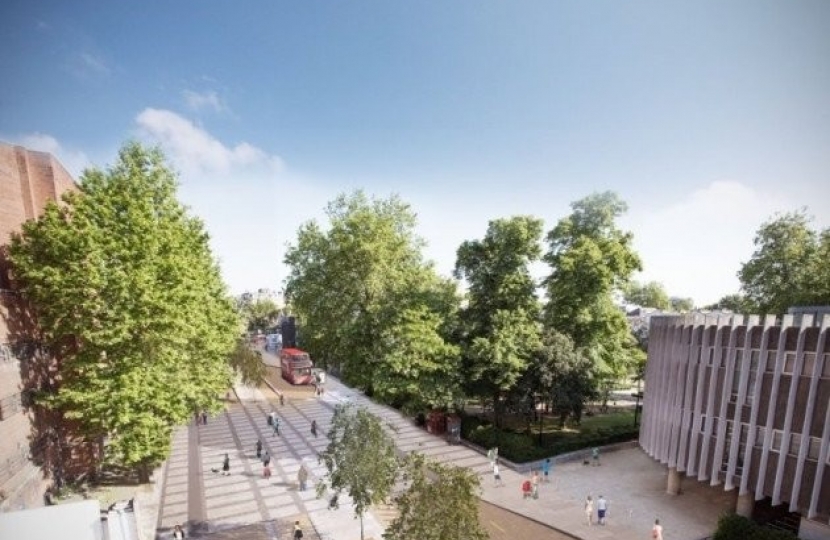 A planning application has been submitted to Westminster City Council (WCC) for the creation of a North Westminster Eruv which effectively is the construction of a boundary of poles and wires allowing Orthodox Jews to travel freely in this designated area on the Sabbath.  This proposal will cover St John’s Wood and parts of Maida Vale.

Your local Councillors would encourage you to make a comment on this new application ASAP. The closing date for WCC to receive these is 14 September.  The link is http://idoxpa.westminster.gov.uk/online-applications/applicationDetails.do?activeTab=summary&keyVal=O7N0RARPGR700 or click the below button to go direct to the application. See also a map of the area covered by the Eruv.

Mayor of London Sadiq Khan announced in August  his intention to push ahead with the CS-11 cycle superhighway saying "Cycle-Superhighway 11 will play an important role improving the quality of our toxic air, improving Londoners’ health, and make thousands more people feel comfortable cycling."

Despite this your local Councillors and Westminster Council strongly support the concerns of residents especially around traffic displacement and are opposed to the plans as they currently stand and continue to engage with key stakeholders and TfL to get changes made to the scheme.

During the early autumn TfL are consulting with stakeholders on the proposals taking into account the many comments in order to try to reach a sensible conclusion for this scheme with a final decision later in the year.

Westminster has been awarded funds to create a Marylebone Low Emission Neighbourhood scheme to help improve air quality for residents.
The award comes from the Mayor of London’s Air Quality Fund and will be match-funded by the council and private sector partners to introduce new measures, including:A new building energy efficiency scheme

​Marylebone suffers some of the highest pollution levels in London, given the area’s mix of land uses, building density and type, and number of vehicle trips. Its location between major transport routes results in a complex urban air quality problem with levels of nitrogen dioxide (NO2) that exceed recommended health levels and very high levels of particulate matter (PM). This is particularly concerning given the number of young families, schools, universities, businesses and medical facilities in Marylebone.

Other areas in Westminster also suffer from high pollution and the Low Emission zone funding builds on the efforts launched in 2015 to enforce ‘no engine idling’ in at hotspots across the city.

Heather Acton, Cabinet Member for Sustainability and Parking said: “I am delighted that our proposal has been successful. It is a true community partnership. We now look forward to putting the proposals into action, creating a cleaner, greener Marylebone, and replicating the successful measures across Westminster'.

We all have a role to play in keeping our streets clean and tidy. If you see a problem, let us know using the council'sReport It tool. You can report something on your phone or at home on your computer. It takes minutes and lets us know exactly what's wrong.
Click on the button or the image below to let the right team know what's happened.