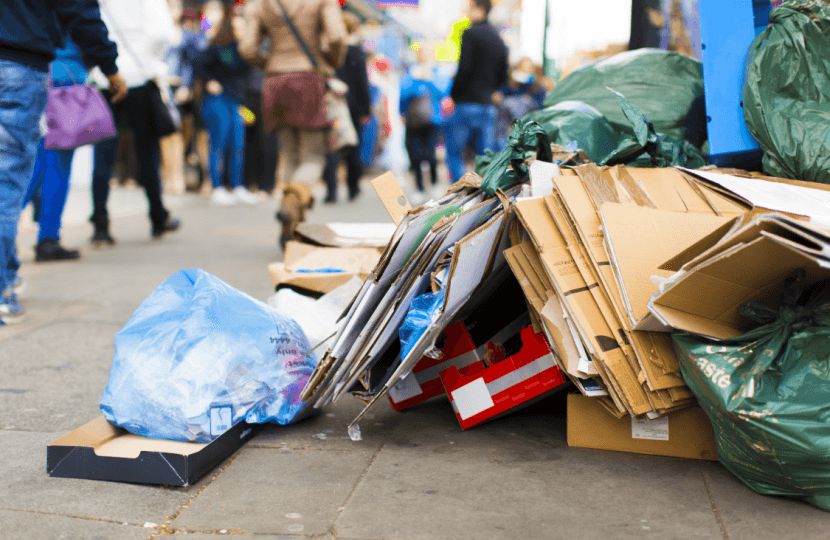 It used to be illegal to let a residential property in Westminster for less than 90 days. That 90-day minimum ceased to apply on 1 June 2015. It is now legal for home-owners to let their homes for short periods of up to 90 days in any one year. The idea is to liberate people from charges of breaking the law, if they let their homes out when they’re away. Note though: anyone letting a property in a series of short lets that adds up to more than 90 days in any one year is deemed to be running a business, and must apply for Planning Permission. There are more than 1,200 possible breaches of this rule under investigation in Westminster. Anyone found to be breaking the law could face a fine of £20,000.

The recent de-regulation of short-term lets has had serious consequences for our Ward. Flats are being let illegally, for very short periods year-round, to holiday-makers who see rubbish-bags on the kerb at collection-times, and don't understand our timed collection-systems. They put their rubbish-bags out at any-old-time, especially on weekend-evenings when they are leaving. Unless the dumping is reported, food-waste bags may linger until the next collection perhaps several days later, being scavenged by rats and seagulls in the meantime.

Short-term-let property-owners, charging top-rates for a week in Central London, generally refurbish every few months, tipping beds, mattresses, wardrobes, microwave-ovens - you name it - out on to the street, for the Council to clear.  This is an abuse of the systems financed by you, our legitimate Council-tax-payers. Our refuse-collectors are clearing more rubbish more often than ever before, but still we see all kinds of refuse piling up by our on-street bins, outside of due collection times. We, your local councillors, have been lobbying the London Deputy Mayor for Housing for measures to regulate short-term lets once again. For now, we really need your help, please!

How you can help:

Local people are our eyes and ears. If you know who is dumping what when, we would very much like to hear from you, with as much specific detail as possible, including photos. As we still have powers to clamp down on short-term lets that are being conducted as a year-round business, we would be glad to know about any properties that fit this description. You can log the information with the Council via their website, but please also email the information to us, your Ward councillors. Such reporting is confidential. By the way: fines for on-street dumping and fly-tipping are due to increase sharply after 1 November 2016.