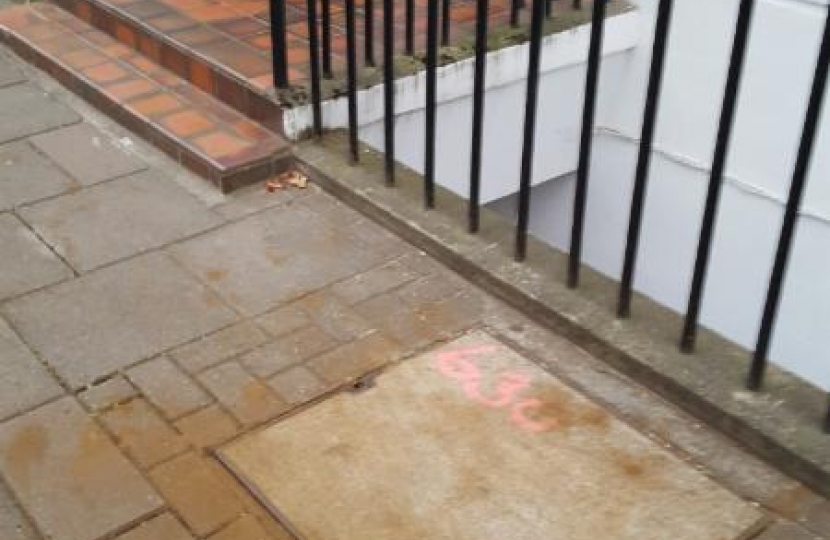 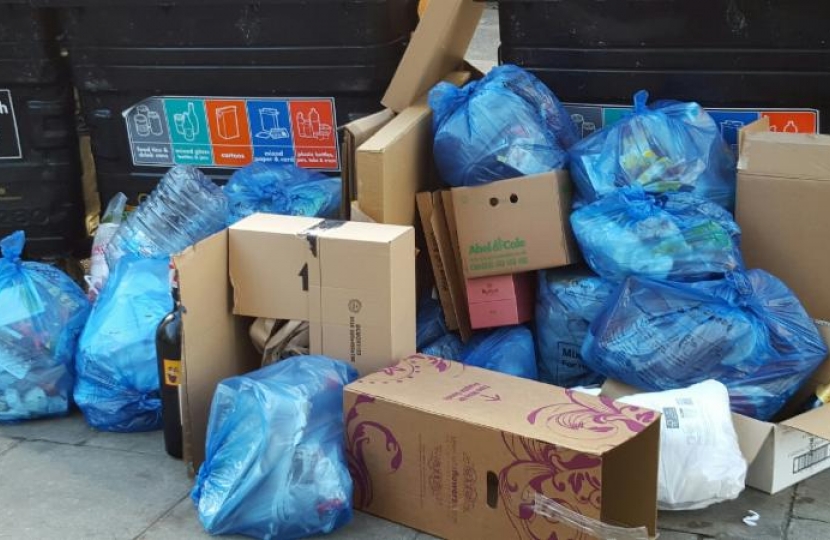 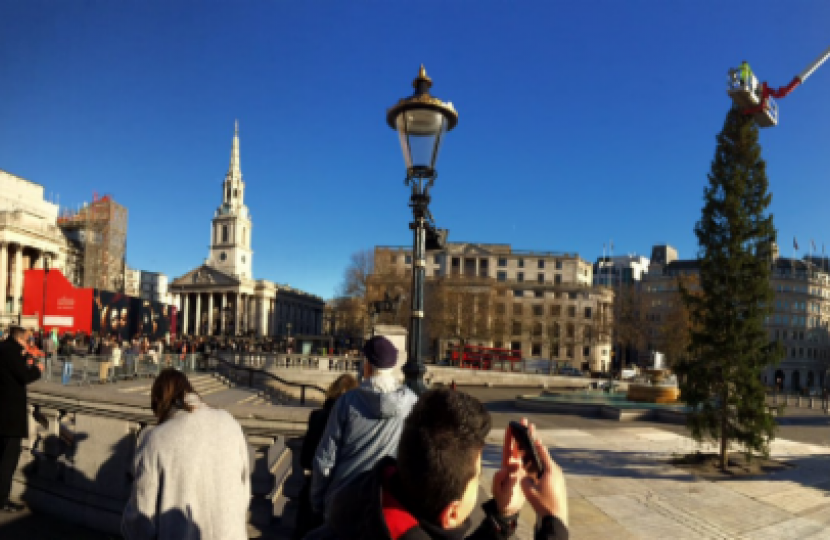 With the rest of the community, Councillor Angela Harvey was delighted to see that the repaving work has almost finished on the north side of Lupus Street, well in advance of the April 2017 deadline she promised in the last Tachbrook Matters newsletter.   As you know, this strip of Lupus Street has had lots of small repairs over the years but it was time, Angela and local residents said, for a complete refurbishment.

Other street works to be done before April 2017 will include making street gullies more cyclist friendly by smoothing out the dips, and in Rampayne Street seven gullies will get the treatment, as will six gullies in Bessborough Street and Drummond Gate will have four.

Councillor Nick Evans has been in discussions with Westminster City Council on behalf of local people in dealing with the aftermath of the flooding on 23rd June.  He had been pressing them to meet residents to hear their concerns directly and provide assurances on the action being taken to avoid similar flooding in the future.

As a result of his work and that of Councillor Jacqui Wilkinson, Deputy Cabinet Member for Street Environment, Thames Water will be holding a drop-in session on 8 December 2016 from 17:00 – 19:00 at the Queen Mother Sports Centre, Vauxhall Bridge Road. This will provide residents with the opportunity to speak to Thames Water's operational team about their concerns.

As you know Nick has been pushing to find a solution to the flash flood problems in St George’s Square, so we’re all very pleased that the Council will be doing surface level drainage works in St George’s Square and Chichester Street, and at the Charlwood Street junction with Charlwood Place.  There will also be a major drainage improvement programme for Moreton Street.

The clocks have gone back and it's becoming dark earlier. So this means it won't be long until we have our popular Christmas Lights Ceremony and Carols at the junction of Moreton Street and Moreton Terrace just by Lupus Street. This year, it will be happening on Thursday 8th December at 6.30pm.

Councillor Angela Harvey will be lighting the Christmas Tree and there will be carols led by the Pimlico Musical Foundation Choir. Retailers in Moreton Street will be open too, so that you can pop in to these lovely independent retailers to buy some special gifts for Christmas. This event is generously sponsored by your Tachbrook Ward Councillors from the Ward Budget. It's a wonderful start to the Christmas season.

Of course, if you can’t wait till then, don’t forget the Lord Mayor of Westminster will be in Trafalgar Square on Thursday 1st December for the lighting at 6pm of the wonderful Christmas Tree which is a gift from the people of Oslo.

One of the biggest issues our residents contact us about is fly tipping and dumped waste. Although the vast majority of residents and businesses dispose of their refuse properly and responsibly, for the small minority that don’t, this causes much distress for their neighbours.

So we are pleased that Westminster City Council has now introduced tougher sanctions for those who do not comply with the refuse code of conduct.

The increase in fines will mean:

Councillor Peter Cuthbertson explains “Westminster has one of the best cleaning services in the country.  We hope that these new fines send a strong message to the minority of people who think it is acceptable to fly tip and ignore our bins and refuse collections, and that this behaviour will not be tolerated.”

Westminster City Council has introduced a variety of ways old items can be safely and easily disposed of, ranging from our ‘Restart’ events for electronics to mobile recycling centres and big black bins that are visibly placed in neighbourhoods.

The Council offers bulk waste collection services for residents, who can also take their items to the waste recycling centre at Smuggler’s Way, Battersea.

Westminster's Neighbourhood Problem Solving Coordinators complement the work of the City Inspectors by addressing the more serious and complex problems in the borough. This involves liaising with relevant organisations to develop strategic and practical approaches to problem and working in direct partnership with the police's safer neighbourhood teams. Peter Glover, a former police officer, took over his new role at the Neighbourhood Problem Solving Coordinator at the beginning of October. Peter can be contacted on pglover1@westminster.gov.uk.

On 25th October, Councillor Angela Harvey carried out a problem solving meeting with Peter and our Ward City Inspector Stuart Ross to show them two issues local residents are concerned about. Angela was joined by the Tachbrook Street Residents Association Chairman and Treasurer, respectively Clive Aslet and Ian Maitland, to show Peter and Stuart the concerns they have with the rubbish bins situation at the junction of Tachbrook, Lupus and Rampayne streets just by the 24 hour loo/urinals. Stuart may be contacted on sross2@westminster.gov.uk.

First, the amount of rubbish people leave outside the bins: in fact there is so much left by the bins that Stuart has been issuing three or four penalty notices here every day. Leaving rubbish like this is deemed fly-tipping and the new fines of £200 and £400 as shown in the story above take effect.  The second is that with the taller waste bins the entrance to the loo is now screened from the street and to reduce the chances of anti social behaviour we’re considering how the bins can be reconfigured.  To help with the first, Stuart has ordered a new recycling bin for cardboard for the site.  For the second, we’re trying to find a way in which we can address the anti social behaviour issue as well as retain all the bins as together they gather in the second largest amount of recycling in South Westminster. Well done all of you recyclers!!

When more than fifty people object to a small planning application in your neighbourhood your councillors know that there is something which needs help.  Clarion House, a 1950s block of flats, in Moreton Place has a small yard at the back which is the only bit of open space the residents have.  The residents of Clarion House own their freehold, but for reasons of history they do not own the freehold or lease to the yard.  You can imagine how worried they became when the leaseholder of the yard decided to apply to build a two-storey family house there.  To find out how she could best help, Councillor Angela Harvey met with residents and visited their homes to see the problem for herself.

On 22nd November the application came before the Planning Sub-committee, and residents crowded into the public gallery to hear Angela speak against it.  She asked the Sub-committee to refuse the application because it would harm residents’ enjoyment of their homes in both Clarion House and in the Belgrave Road.  It was also likely to damage some beautiful trees.  The Sub-committee deliberated and refused the application as the impact on amenity in respect of the increased sense of enclosure to the flats would be too great, also noting that the applicant failed to provide sufficient information on the impact the new building would have upon trees in the neighbouring properties.

Tachbrook Councillors Nick Evans, Peter Cuthbertson and Angela Harvey have not received any news that the new Night Time Tube on Friday and Saturdays is causing any problems.  But if you are aware of any please let us know by emailingtachbrook@westminsterconservatives.com  or calling 020 7730 8181. Thank you.

You may remember that to stop earlier episodes of anti-social behaviour a few years ago we bought using the Ward Budget money the free-of-charge new public toilet with urinals on the junction of Tachbrook, Lupus and Rampayne streets, just outside the tube station.  Just to let you know that there is a problem with the pump in the loo, and a new one is on order.  We’re pressing for it to be delivered and fitted as quickly as possible so that the loo is ready for use again soon.  The urinals are working fine!

The rusty marks on the pavements are now nearly all cleaned up and thanks to all of you who spotted and reported the spotted large unsightly rust marks over some of our pavements.  These were caused by the important safety work which UKPN were carrying out to stop the chance of electricity cables exploding - you may have seen footage of one going up in the Pimlico Road a couple of years ago. They have given a commitment that they won’t use the same working method in future. 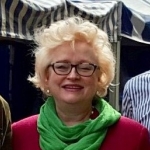