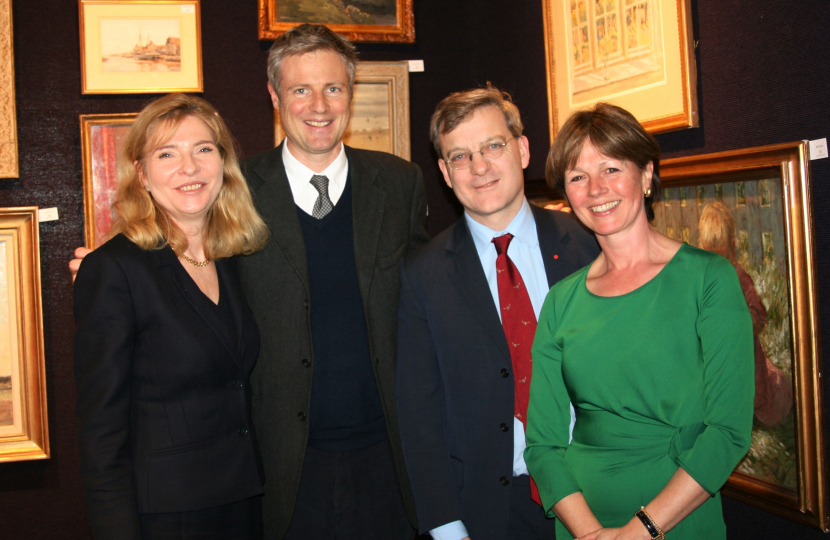 The news earlier this week that Philippa Roe, Baroness Couttie, had lost her long battle with cancer was devastating for all of us who knew her.

She was brave and kind, with an acute intelligence which enabled her to grasp the nub of an issue immediately and to identify innovative solutions. A longtime resident of Belgravia, in 2006 after a very successful career in the City, Philippa was elected to Westminster City Council for the ward of Knightsbridge & Belgravia. Deeply committed to the area of Westminster in which she lived, Philippa campaigned tirelessly to improve planning controls around sub basements, address rat running through quiet residential roads and ensure that the streets and green areas which make this part of London so special were protected and well maintained. She was always ready to tackle problems and it was Philippa who was one of the first on the scene when a skip collapsed through the pavement on Chester Row, narrowly avoiding serious injuries, but sending shockwaves through the local residential community.

Philippa’s abilities saw her progress very rapidly in the Council. Promoted to the Cabinet first in 2008 with the Housing portfolio, where she developed innovative ways to deliver the much needed regeneration of our Housing stock, she then took on Strategic Finance in 2011. In this role her acute grasp and understanding of financial detail helped ensure the financial stability of the Council which was one of her key legacies. She was elected Leader of the Council in 2012, a role she held until she was elevated to the House of Lords in 2016. Her passions were helping young people to have the right opportunities and improving employment and growth - both areas where she achieved a huge amount. Collegiate in style, she was particularly good at involving all colleagues in the workings of the Council and bringing together all spectrums of opinion.

While Leader, she also played a key role in London wide politics where she demonstrated her ability to work with people of all political persuasions and backgrounds in order to deliver the best outcomes for London and Westminster specifically. A woman of great charm and style, Philippa nevertheless had a steely determination which meant that she invariably succeeded in what she set out to do. She was also one of the finest orators the Westminster Council chamber has seen and few of us will forget a particularly rousing performance when she set out her vision for ensuring our housing estates were fit for the future and supported the communities living there.

Tony Devenish and I were both fortunate to have served as fellow ward Councillors with Philippa. As a colleague she was a joy to work with, never losing her cool at even the most stressful times, always supportive and with a sharp sense of humour as well as a ferocious work ethic. Most important of all, was her fierce determination to make sure that her family came first and she fiercely guarded her time with her young twins - even when it meant that she had to go back to work after putting them to bed. Our deepest condolences go to Stephen and her children. She was a class act and we are all fortunate to have known her.