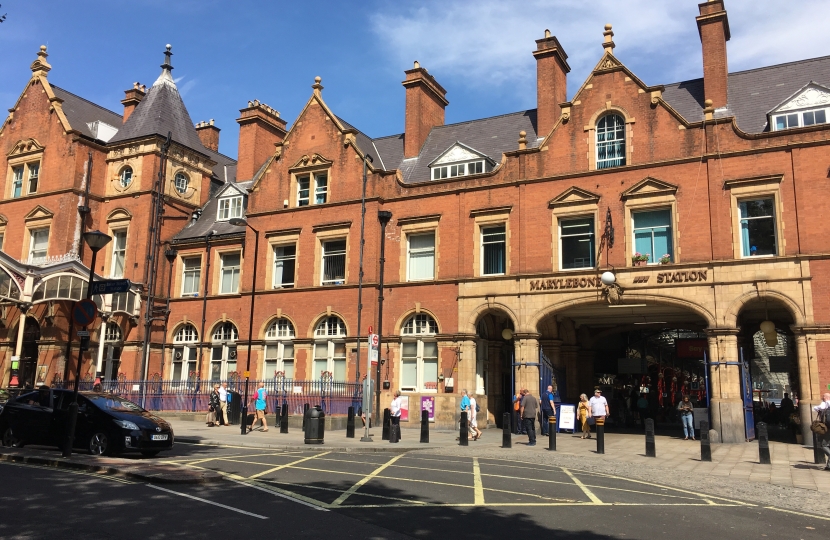 Regular meetings of your Councillors and local residents with Chiltern Railways have been ongoing since November 2015, with a view to reducing the environmental impact of the station. By involving the Council’s Noise Abatement Officer, we’ve recently obtained a reduction in the loudness of announcements made by hand-held microphones. Volumes had been set by Network Rail and obediently applied by Chiltern Railways. It has taken far too long, but we have finally obtained a reduction in prescribed noise levels. This was made possible by your Councillors’ regular attendance at every liaison meeting, insisting that the concerns of our residents are real and important.

Another battle-ground has been the level of diesel pollution from the station. Chiltern Railways announced plans in September 2018 to pilot the conversion of diesel trains to hybrids, using rechargeable batteries. The diesel engines could be turned off as the trains come into the station, without creating any emissions. We are disappointed that the Chiltern Railways pilot has been put on hold until May 2020. This decision follows the draft publication of a Central-Government-commissioned report, the Williams Review, into the long-term strategy of the national railways. We shall continue to push for the introduction of hybrid trains to Marylebone Station. Somewhat better news is that Chiltern Railways are now looking at how they can reduce the time for which train engines idle at the platform before they leave the station. By deconstructing and retiming start-up procedures, Chiltern hope to fire up the engine for departure as late as possible, so as to reduce noise and particulate pollution. We consider this work as an important step in improving air quality and noise levels in the surrounding area.

Residents are advised that Transport for London will be installing a third escalator at Marylebone Station, with disruptive works scheduled to start in mid-August.

An Air Quality Action Day at Marylebone Station has been scheduled for Tuesday 13th August at 10am.