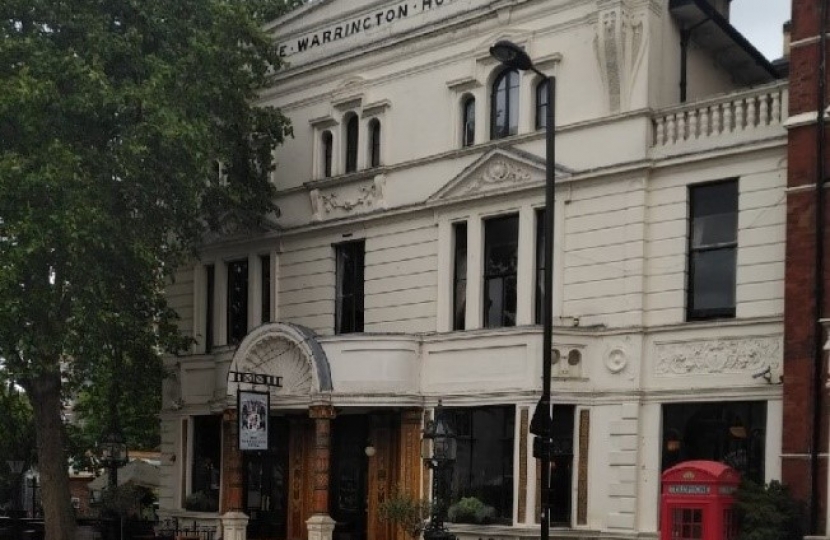 Cllr Caplan spoke at the planning committee at the end of July regarding the application for a balcony to be installed at the Warrington Pub. Cllr Caplan was successful in getting the committee to agree to restrict the balcony use further on Sundays to 12:00-21:00 only (until 10pm on other days).

﻿The committee also agreed to impose a condition not to allow any furniture on the balcony such as umbrellas, heaters etc which will reduce the balcony's potential usage particularly in winter. Conditions have also been placed on the door to the balcony so that it needs to match the rest of the windows in order not to look out of place and to preserve the character of the building.

Your Councillors are delighted to welcome Sgt. Martin Noon and PC James Wilson to the Bryanston and Dorset Square Safer Neighbourhoods Team.