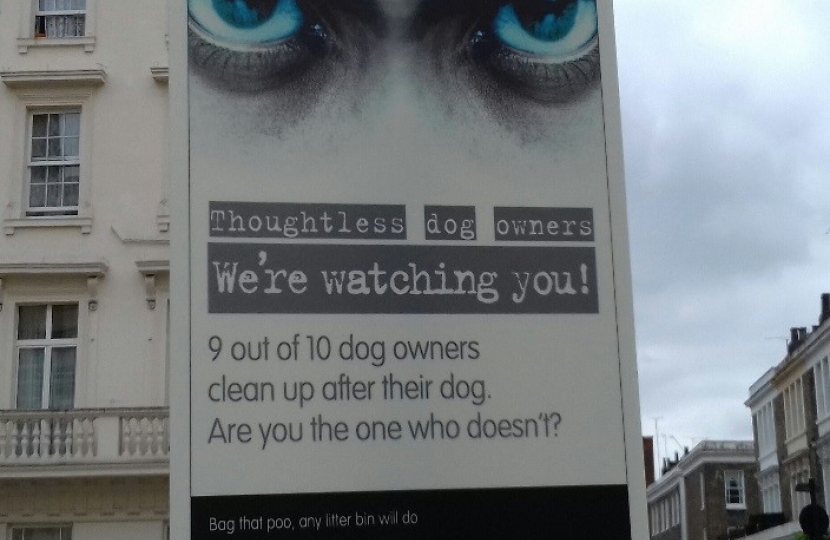 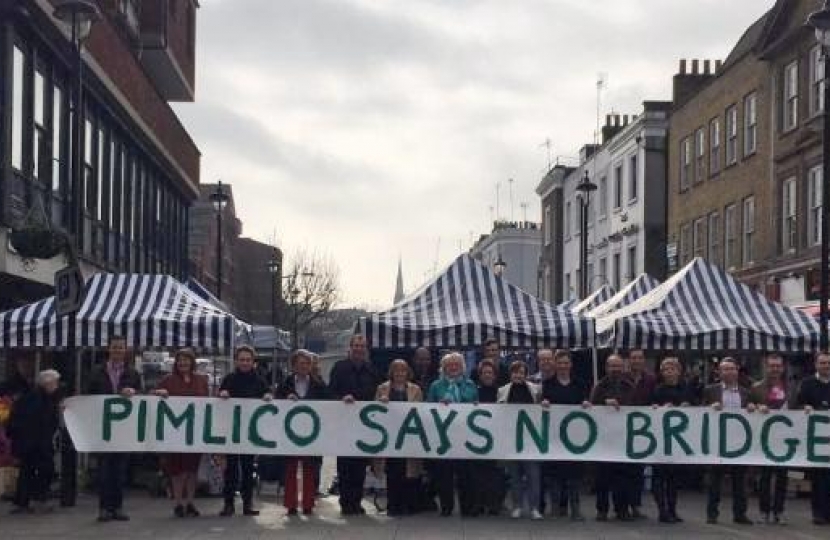 We run our popular 'street surgeries' once a month between 10.30 and noon.  We visit specific streets in Warwick Ward to meet residents and discuss any issues they may have.  We have been gradually working our way around the Ward.

“I was honoured to represent Westminster City Council this evening at the Trafalgar Square vigil to remember those who lost their lives yesterday, their families and all those affected.

"Having personally witnessed the aftermath of the attack as I left Westminster tube station at 14.45, I salute the emergency services who I watched race to the dying and injured.

"Westminster will never be cowed by such attacks full of hatred. We remain a united and supportive community of every colour and creed, of all religious faiths and those without faith. We stand together. A City For All."

On 11th March, Councillors Nickie Aiken, Christabel Flight and Jacqui Wilkinson joined members of the public from across Pimlico in demonstrating their total opposition to the proposed Nine Elms Bridge.

As Nickie has pointed out “We in Westminster City Council have been fighting this bridge proposal since 2012, strongly supporting the people of Pimlico. Over the years, our residents and councillors have worked together to retain, protect and build the wonderful community we have today.”

The children, including some from Warwick Ward, sang beautifully and then to celebrate Easter handed out Easter Eggs and potted daffodils to each resident. It was a wonderful inter-generational occasion.

In total, ‘Share the Miracle’ has provided 1000 Easter Eggs to both elderly housebound residents and carers living in Westminster.

Possibly the biggest complaint that we receive from residents is dog fouling. Westminster City Council is introducing a new campaign targeted at those owners who allow their dogs to foul under cover of darkness and don’t clear up afterwards. The theme of the campaign is ‘We’re watching you!’ and it comprises four posters with different messages. These signs use luminescent film that charges up during the day and glow in darkened areas to increase night time visibility.

We have identified dog fouling hot spots across Westminster where we are putting up the new posters and monitoring the results. They have already been put up at several locations in our area.

Anti-social behaviour involving dogs is currently dealt with through Dog Control Orders (DCOs). There is a DCO for dog fouling that covers the entire City of Westminster where the public have access. In addition, DCOs are in force in Churchill Gardens Estate and Queen’s Park, which require dogs to be on leads or allowing them to be excluded from specific areas.

In October, DCOs will be replaced by Public Space Protection Orders, which have been established under the Anti-Social Behaviour, Crime & Policing Act 2014. These essentially will bring the management of anti-social behaviour involving dogs under the same enforcement regime as for human activities, such as begging, drunkeness and violence. The new Public Space Protection Orders will provide more robust penalties than are current available under DCOs.

Jacqui explains “As a responsible dog owner, I welcome these new powers. Dogs are considered as man’s best friend but only when they are well behaved. We sometimes have complaints about anti-social behaviour involving dogs. The new Public Space Protection Orders will provide Westminster City Council, the police, our city inspectors and estate managers with greater powers to deal with such problems.”