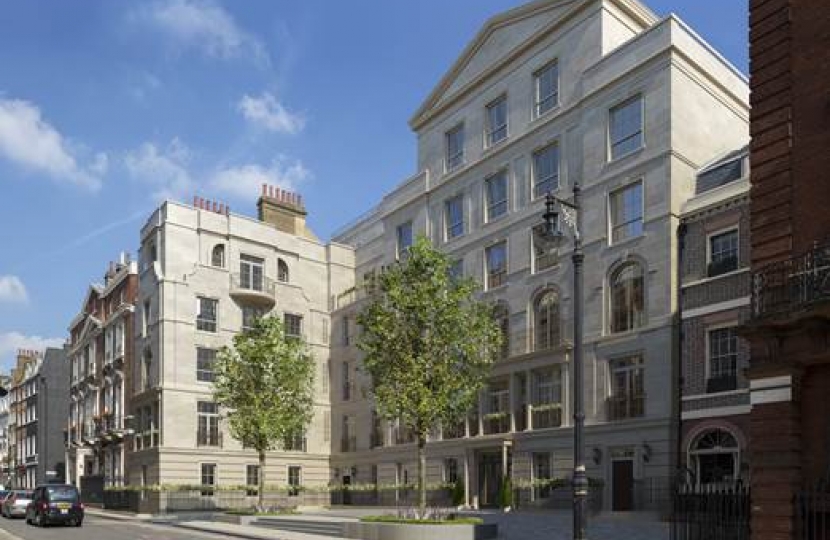 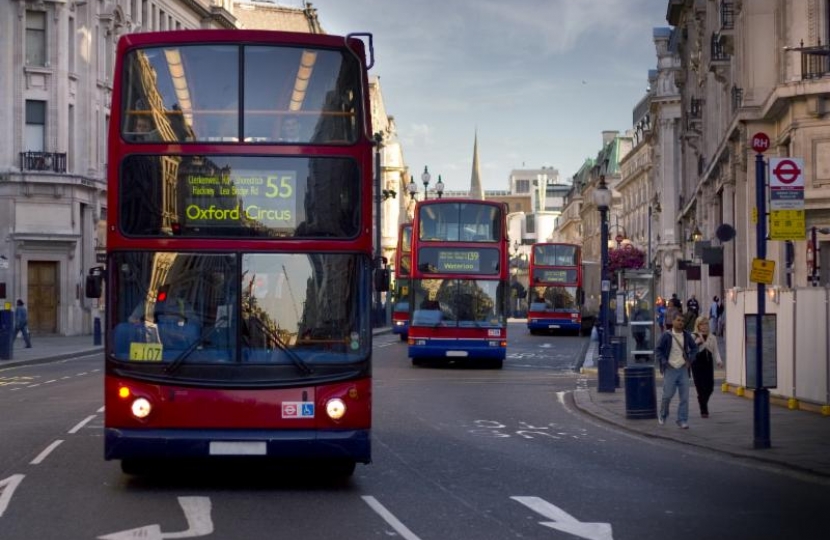 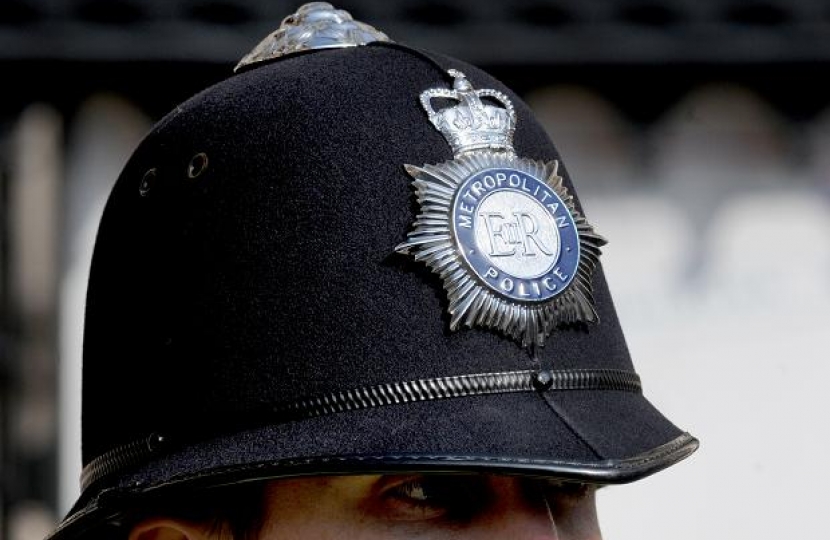 The Mayor of London made a manifesto pledge to pedestrianise Oxford Street by 2020. Councillor Glanz wrote to him, pointing out that whilst everybody accepts things cannot go on as they are, a whole-sale pedestrianisation could not be achieved without significant problems being created.

The Mayor replied, and in subsequent conversations with the Deputy Mayor for Transport and TfL it has become increasingly apparent that the Mayor has now got the message that pedestrianisation would affect North-South connectivity, lead to displacement of traffic or whole-sale movement of buses to the North and South of Oxford Street.

TfL are about to embark on their first consultation to reduce buses on Oxford Street by 40%. It is anticipated that there will be a further 40% reduction when Crossrail becomes imminent.

The Council, working with other stakeholders including the New West End Company and residents will continue to apply pressure on the Mayor and TfL to ensure that the needs of residents and businesses are not forgotten in some idealistic and unworkable version of pedestrianisation.

Work has started on the redevelopment of one of Westminster Council's most important sites, the Audley Square car park in Mayfair. It is a huge project put in motion by former Phones4U boss John Caudwell and set to last over six years. Neighbours are understandably apprehensive about the inevitable disruption.

A couple of public meetings at the next door University Women's Club and Nehru centre --both beautiful examples of Mayfair's historic architecture which they are anxious to preserve from destructive vibrations --have endeavoured to set their minds at rest.

At the most recent, the demolition staff gave a thorough presentation of how the work would proceed, what noise abatement measures were in place, statutory quiet times which can be arranged in consultation with those affected, the lorry routes in and out of the area and vital party wall agreements. Much of this can be seen on the Council's planning website.

When the demolition period is over in about a year's time another presentation will be arranged with the contractor chosen to do the rebuild. In the meantime, those concerned or simply wanting clarification can get in touch with the Council's Highways officer Antony DeRoche Aderoche@westminster.gov.uk and the Environmental officer Kevin mutimer kmutimer@westminster.gov.uk. Please copy in your ward councillors so we can be kept informed of your concerns.

As residents are discovering all over our ward, redevelopment right on our doorstep is the price we are paying for living in a world class city. But, let's be honest, the current Fifties multi-storey car park built on a bomb site was a blight on the neighbourhood and the good news is we can all look forward to a much smarter neighbouring building when the works are finished.

A public meeting held in St Anne's Soho the other night drew attention to what appears to be a worsening drug problem. Local resident and Councillor, Paul Church, was asked to speak up for Soho residents on the panel.  Councillor Church criticised the police for prioritising Leicester Square over Soho via their Impact Zone policy.

Councillor Church said:
"As a local resident, I am appalled that the police have neglected Soho.  We have a situation whereby police are standing around in Leicester Square whilst drug users are shooting up in Soho on residents' doorsteps.  I want to see more 'bobbies on the beat' and more proactive policing in Soho to rid our area of this scourge."

Councillor Roberts was chair of the Soho Steering Group last time we had a spike in drug abuse, and has been able to call on Trident, the police special drugs and gangs unit to take action. They staked out Romilly Street gathering all the evidence needed for some high profile convictions.

As Councillor Roberts said at the recent meeting, this specialist unit needs to come back to send a loud message to any wrongdoers seeking to wreck the lifestyle of residents and businesses in one of London's major tourist venues.

Councillor Roberts asked the DCI in charge of the previous operation if he would come and help, only to find he has moved on and is no longer part of the unit. This constant change of those in charge is another complication. Soho needs consistent policing from people with experience of its characters and hazards. These are currently exacerbated by all the building works which can provide cover behind the hoardings for dealers and addicts.

In conjunction with the developers we must aim for better lighting, no blind spots and zero tolerance. You may have read recent stories about Westminster's CCTV being switched off. The CCTV cameras have not been switched off and we understand the Met is working towards taking over the cameras so they can be properly integrated into their own system, which makes complete sense if the police are to deal with drug dealing.

Following the meeting, Councillor Church set up a meeting with Cabinet Member for Public Protection, Councillor Nickie Aiken, to meet residents and discuss a way forward, so that the Council can support them in efforts to increase police presence in Soho.

Though our regular local police team is overworked and constrained by the long winded prosecution process, they will always attend emergencies. And you can call them on their none urgent line 101 to draw attention to an ongoing problem. If you come across unacceptable detritus and litter, please report to the Council Environmental Health team on 0207 641 2000. Please do copy westend@westminsterconservatives.com so that local councillors are able to raise issues further with the police.