Prior to her election as Lord Mayor, she also served as Deputy Cabinet Member of Adults and Public Heath in addition to sitting on the Planning Applications Committee.

As a Councillor Christabel created the annual Christmas Tea Dance (held at the Grosvenor Hotel in Park Lane), it is a free event for 1000 Westminster residents aged 65+ and provides the opportunity for people to forge new friendships.

Christabel also initiated the Sir Simon Milton Foundation in memory of her mentor. In 2012 she helped the foundation launch Silver Sunday, a day to combat loneliness and isolation. From its origins in Westminster, on the first Sunday of October every year, Silver Sunday is now nationwide with over 1000 events taking place in 2018.

Christabel has also been instrumental in helping to raise funds for the Sir Simon Milton Westminster University Technical College (UTC) which will provide an academic education for 550 students aged 14-18 in adition to specialist training in Engineering. The newly, purpose built, UTC opened in September 2017 in Pimlico.

Christabel served as Lord Mayor of Westminster between 2015 - 2016.

Plans for this year’s Tea Dance at the Grosvenor House Hotel are under way!

A highlight for our senior residents has been the Grosvenor House Hotel Tea Dance, which was started 15 years ago by Pimlico Councillor Christabel Flight and is now organised by the Sir Simon Milton Foundation.

We have been shown plans for the redevelopment of Stockley House in Wilton Road, which has been unoccupied for a number of years.

We were shocked to learn that the plans included a 90 metre high tower, which would be the same height as the Nova Building in Victoria Street.

For the past 3 years, Cllr Jacqui Wilkinson has been working with Westminster City Council and Transport for London to replace the traffic lights at the junction of St George’s Drive and Warwick Way.

Local people may be surprised to see some of our black bins looking much more decorative than usual.  This is the result of the Council being selected for the Local Government Association's Behavioural Insights Programme, which provides funding to encourage people to make better choices.

Don’t be a crime victim!

It is unfortunate but inevitable that malevolent actors find new opportunities in Covid-19, to scam vulnerable people who may be thrown off-guard by these exceptional circumstances. Please be aware that it is now even more important than ever to watch out for the techniques used by scammers. 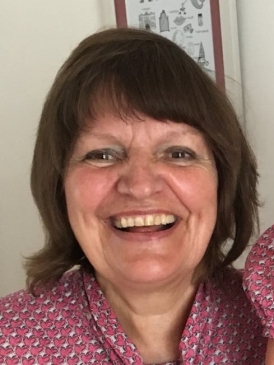