Nickie Aiken has lived in the Cities of London and Westminster for more than 20 years, first moving to London in 1997. She lived in the Barbican in the heart of the City of London before moving to Pimlico where she has been raising her family since 1999. Married to Alex, her two teenage children, now at secondary school attended a local state nursery and local primary schools.

Under Nickie’s leadership, Westminster began the largest council home building programme for a generation to provide over 2000 new affordable and social rented homes. Reformed the planning system to make it more open and transparent, giving residents a bigger and earlier voice in the planning process. And started cleaning up our air by launching the #DontBeIdle campaign encouraging idling vehicles to turn off their engines.

In November 2019, Nickie was selected as the Conservative Parliamentary Candidate for the Cities of London & Westminster. She was elected in December's General Election. You can find out more about her work as a Member of Parliament via this website, Facebook, Instagram and Twitter.

We have been receiving enquiries about the road works underway throughout Pimlico.

These are part of a roll-out throughout Westminster of ‘Fibre To The Premises’ (FTTP) being installed by a number of suppliers facilitated by the Council.

Last Chance to have your say: Air Quality Consultation

Following the declaration of a Climate Emergency, Westminster City Council has set out an Air Quality Action Plan to tackle air pollution in our city. Approximately 250,000 people call Westminster their home, and another 1 million visit every day.

More drug dealing on our streets

Sadly, drugs have made an unwelcome return to our streets. Perhaps they never truly went away. We have received a number of emails from concerned residents who are witnessing drug dealing on a daily basis.

Whilst  your Councillors are very supportive of cycling, we have received numerous complaints of Lime Bikes, Mobikes etc "abandoned" on the highway, very often on a narrow pavement causing an obstruction making it difficult for pedestrians to pass; particularly those in a wheelchair or children i

The brainchild of Warwick Ward Councillor, Christabel Flight, Silver Sunday is a day of fun and free events for older people held on the first Sunday of October every year. Cllr Flight started the special day seven years ago and now runs it through The Sir Simon Milton Foundation.

The Sussex Street play area holds lots of childhood memories for residents young and old. We were all disappointed when it was confirmed that the Council had rented the play ground to a private school without any consultation with councillors or local people. 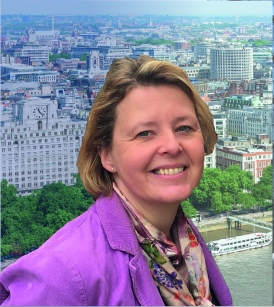