Following the awaited publication of TfL's response to the public consultation on CS11 which is proposed to install a dedicated cycle lane from Swiss Cottage to Portland Place, including changes to Regents Park, you may find the detail here: https://consultations.tfl.gov.uk/cycling/cs-11/user_uploads/cs11-respon…

Mayor Khan has confirmed TfL's intention to press ahead with CS11 with building works commencing in Autumn 2017.  Whilst we fully support improved safety and infrastructure for our cyclists and understand the need to invest in our city to improve air quality and achieve a 'modal shift' to cycling,  we remain very concerned that the removal of arterial road space is not the way to do it, especially with all the major redevelopments planned for the Finchley Road area including HS2 in the coming years.

After many months of intensive lobbying and working with local stakeholders to find a constructive alternative route that protects cyclists but prevents rat-running, displaced traffic and worsened pollution in our Conservation Area, we are disappointed that TfL have decided to press ahead with the scheme, notwithstanding some of the concessions they have agreed to.  The threatened closure of Regents Park gates at peak times is still to be decided upon, though we welcome the proposed speed controls most specifically for the safety of pedestrians.

We will continue to fight hard for the majority of local people who did not support CS11, most especially for the 4,500 who signed local petitions but who were excluded in the formal consultation statistics.  This 'heat map' (below) shows where the objections came from and we maintain that opinions from outer London zones such as Kingston or Dagenham should not have been included.

We will also be calling on Westminster City Council to formally assess the impact on all existing Cycle Superhighways on traffic and air quality elsewhere in the City before more schemes are implemented. ​ 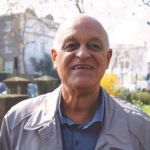 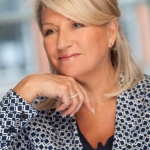 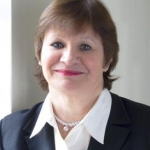