The owners of Dolphin Square have decided to appeal Westminster’s decision to reject their major works planning application.

Back in June and following a successful campaign led by your local councillors, Westminster’s planning committee unanimously decided to reject Westbrook’s application.

The decision now goes to the National Planning Inspectorate who will have the final say on this application. Even though the National Inspector will receive all the written representations made during the initial hearing, we highly recommend that as many people as possible resubmit their objection thus showing the strength of feeling against this proposal.

As always objections must be related to legitimate planning grounds. Your local Conservative councillors will be resubmitting their objection and have written to the National Inspector asking to make representations in person.

Your local councillors have also raised their concerns with Nickie Aiken MP. She has made representations directly to the Secretary of State for Housing, Communities and Local Government, to whom the National Inspector reports, informing him of the strong objections from local people towards this proposal. 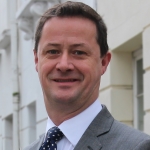