Cllr Laila Cunningham is the local Councillor in Lancaster Gate Ward and sends out regular newsletters:

Our country has gone through much change since I last wrote here. Our wonderful Queen passed away, leaving a massive void in our hearts. I was devastated to have lost the Queen who has been a constant grounding in my life. However, it was an honour to proclaim King Charles III on the steps of the town hall. I was particularly proud to see Westminster host the State Funeral with such style, tradition and precision. It was a privilege to watch it with my children on the large screen in Hyde Park.

As you know it has been my mission to make Queensway a clean and safe local high street that is not only family friendly but is also attractive to people from all over the city. After witnessing increased crime, rough sleeping, abandoned items, motorbikes parked on the pavement and the general degeneration of our beloved high street, Sebra and I approached the new Labour administration, with the proposal to form a Queensway Taskforce. It took some effort but I am happy to report the first meeting was a successful cooperation between all the stakeholders and it should hopefully yield tangible results.

I organised a site visit with the police and our city inspectors this month on Queensway to put a stop to the flagrant parking of delivery bikes on the pavement. These bikes are both a danger to pedestrians and reduce pavement space. Drivers were told by police and City Inspectors that their behaviour was not legal and were moved along.

­Many residents on Moscow Road reached out about noisy commercial deliveries at all hours of the day. These deliveries not only block pavements but also disturb residents’ quality of life. I organised a site meeting with residents, Screwfix,
the Council’s Parking and Public Realm team and City Inspectors to hash out a
solution. We are currently considering a new loading bay on Queensway and in the meantime Screwfix will try to engineer padded delivery cages.

All Lancaster Gate Councillors were contacted last week by signatories of a petition regarding increased ASB and crime in the area. It mainly centred around increased illegal activities in the Craven Road area, Gloucester Terrace, Upbrook Mews and Brook Mews North.

I was devastated to learn what these residents were going through, because feeling not feeling safe is unacceptable. I immediately conducted a site visit to understand the issues, held an emergency meeting a few days later that was well attended. In the meeting, offending individuals and their housing were identified. Subsequent to the residents' meeting, our neighbourhood coordinators contacted the relevant teams and I am happy to report that one of the main offenders identified is being moved out of Lancaster Gate.

Please join us on Thursday 24th of November at 4pm at the Junction of Westbourne Grove and Queensway for our Christmas Light Switch on! There will be carols, mulled wine and mince pies.

Many residents reached out about ASB and crime of the Hallfield estate, so I took immediate action and organised a community meeting with the police, residents and the Council. I always believe that community engagement with the police is how we keep our streets safe.

A request from Westminster Council

Due to historical issues of antisocial behaviour, the Police team and I implemented a ‘Community Protection Notice zone’ in problematic areas in Lancaster Gate and Bayswater. A Community Protection Notice zone gives both the Police and local authority more powers in dealing with antisocial behaviour. Thanks to the zone being in place, we have obtained a two-year banning order from Lancaster Gate for a problematic male who had been frequenting Queensway.

I asked the council lighting team to attend the area with a view to improving lighting conditions, because Iknow that criminals operate in the cover of darkness. I am happy to report that lighting will be upgraded, please see the proposals below.

I attended Hallfield School to teach year six children an introduction to basic basketball skills. I wanted to encourage them to pick up a ball even in the absence of a hoop. It was meant to last 30 mins, but it was such fun that it lasted just under two hours! Happy to report the children will be asking their parents for a basketball for Xmas. I am even hoping to set up a local league.

The postmaster is still waiting to finalise the lease for the new premises. I met with the landlords and urged them to expedite the process reminding them of the extraordinary community response to the Conservative petition to save the post office. 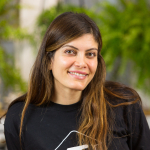 Laila Cunningham has lived in Lancaster Gate for over 10 years. She is a tech founder and runs her own start-up that helps connect female remote workers to work together. Laila is also a former Senior Crown Prosecutor. She was first elected in May 2022.