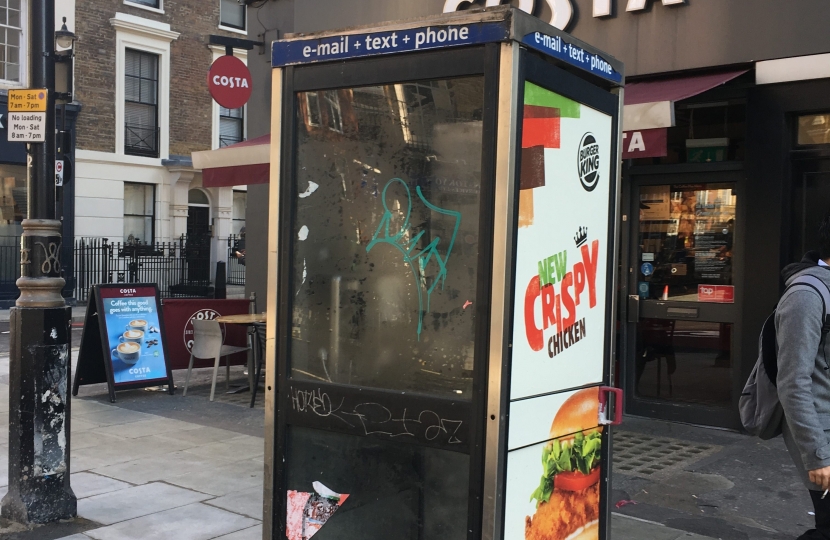 Westminster already has about 1,000 phone boxes and last year conducted a survey into those around Oxford Street and Marble Arch, finding many neglected, out of service and/or disused. Nationally many of the 64,500 booths owned by BT have become obsolete and often end up as magnets for anti-social behaviour or for cards advertising private escort services and drug dealers.

Over the last two years Westminster City Council rejected 170 applications for new telephone kiosks. If all of the applications were to have been approved there would be one phone box every 15 metres along Edgware Road! Processing these applications is time consuming and costly.

As the Council continued to receive applications for new phone installations from BT, our BDS Ward Councillor Richard Beddoe and Cabinet Member for Place Shaping & Planning called on Government for greater powers to reject new kiosks. Unfortunately more applications poured in from a number of companies, including Maximus Ltd, BT, New World Payphone and Euro Payphone Ltd. Many of these telecommunications firms are now owned by outdoor advertising companies.

However, enough was enough and after an application from New World Payphones Westminster City Council took the company to court. On 11th February, in a landmark judgement, a High Court judge ruled that phone boxes with digital screens for advertising need planning permission. This move has been welcomed by councils across the country. We are proud that one of our local Councillors, Richard Beddoe has been effective in taking a national lead in this matter. 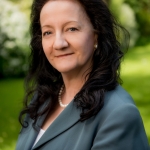 A message from Cllr Rachael Robathan

Last week, people across Westminster went to the polls to decide our new Council.

I am devastated we were unable to return a Conservative majority to City Hall. We could have barely got closer. If fewer than 100 people had voted differently, we could have retained control.